How it all began…. 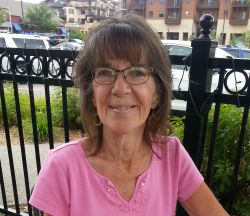 The Leading Edge Review “came in” under a lucky star, and was part of a larger wave to promote body/mind/spirit titles in the metaphysical niche marketplace. It was a publication whose time had come.

It was August 1987 – the Harmonic Convergence, for those who remember; the world’s first globally synchronized meditation, which closely coincided with an exceptional alignment of planets.

After years of working as a newspaper reporter/editor and publicist, I had finally moved to Sparrow Hawk Village, an esoteric Christian community, where I worked part-time for Sparrow Hawk Press. Located on a mountaintop near Tahlequah, Okla., SHV also served as a retreat center for many spiritual seekers, such as myself.

I always wanted to own a publication that specialized in holistic health, conscious living and metaphysics, but didn’t know how to launch it. Sparrow Hawk Press sent me to the Book Expo America (then called ABA Convention) in Anaheim, Calif., to promote their titles. It was there that I discovered several bookstore catalogs that were marketed to mainstream retailers. I was excited about this kind of catalog and wanted to publish something similar for metaphysical bookstores, which were popping up all over the country.

As soon as I returned to Sparrow Hawk Village, I “coincidentally” met the former editor of the B&N bookstore catalog and shared my vision with her.  “Hire me”, she said, “and I’ll advise you how to do it and be your first writer”.  Synchronistically, I had come into a little money from a car accident settlement, and took her up on the offer. My friends helped brainstorm the name “Leading Edge Review”. I contacted New Leaf – the largest distributor of metaphysical titles – and founder Alim Thompson liked my idea. To help me get started, he sent his complete list of authors, artists and publishers.

I made calls and quickly filled up my first sample issue with advertorials. I rented a metaphysical bookstore mailing list from Marilyn McGuire, founder of NAPRA, an association of metaphysical publishers, retailers & artists.

Copies were printed, and a group of Village friends, seated around a large dining room table, helped apply mailing labels. The mailing went out, orders came in, and I was in business!  I recall the Rev. Carol Parrish, spiritual head of Sparrow Hawk Village, predict that this publication would be successful and last a lifetime!

For me, the Leading Edge Review was a culmination of all of my work experience, professional skills, and spiritual interests that would also provide “right livelihood”. It was a vehicle to serve the metaphysical community by connecting body/mind/spirit titles with retailers and consumers.

The first issue was published in August 1988, and the LER is still going strong, never missing a quarterly issue in all these years.

I am forever thankful for a business that allows me to do what I believe in – promote body/mind/spirit titles across the country. As a cottage industry, I have also been blessed to work out of my home office while raising two Waldorf-schooled children. Beau is now a graduate of St. John’s University, while Elizabeth graduated from UW-Madison.

Many thanks to my friends and colleagues, industry predecessors, advertisers and retailers for all of your support all of these years!

Designed by Consulting: by design | Powered by Leading Edge Review